The Truth Behind eSIM Technology: 4 Facts You Need To Know

Most of us are familiar with SIM cards, but what about the eSIM? This new technology is slowly revolutionising the tech industry and may very well play a part in your life soon if it doesn’t already! Whether you’ve never heard of an eSIM before or you want to get into the nitty-gritty details of why they are on the rise, this blog can help. Here’s everything you need to know about the new eSIM technology and how it will change the way we use our devices!

What Is An eSIM?

An eSIM is an embedded SIM card. Much like a standard SIM card, an eSIM is a chip that stores all your device’s data. However, eSIM technology is designed to be embedded into your phone or smart device, unlike SIM cards which are removable. So, why the big deal – SIM cards can’t possibly affect your life that much, right? Wrong! The switch to eSIM technology is growing stronger each year and could make traditional SIM cards obsolete. At the moment, most eSIM-enabled devices still have the SIM card option, too – so you can choose between the two or even have both. Here are a few facts on eSIMs and how they compare to SIM cards: 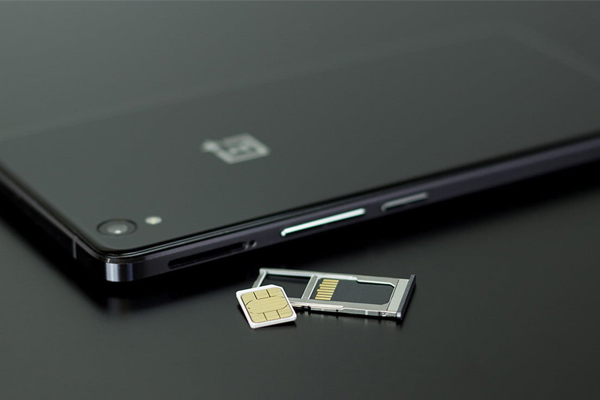 There Are Over 200 Carriers For eSIM Technology So Far

Although eSIM technology is still relatively new, most major network carriers are keen to jump on the latest eSIM technology. As of early 2020, over 200 mobile network operators have plans to or have already launched eSIM services. Ninety countries within the five continents make up the 200 carriers around the world currently.  However, this doesn’t mean you’ll have a massive selection when it comes it eSIM carriers. For those in the UK, network giants such as EE and O2 the only current carriers with eSIM plans. In the US, AT&T, T-Mobile USA, and Verizon are the providers you can use. As you might tell from the lack of other network providers stated, the list of eSIM providers in each country will be limited – some might only have one provider, while other countries might have three or four options. So while you won’t get as big of a selection, it’s only a matter of time before every network supports eSIMs.

Some people have multiple SIM cards and mobile phones for different needs. For example, business people will have second phones to separate their personal and business calls, while travellers will often switch SIM cards to dodge hefty international roaming charges. You can reduce the need to invest in extra phones or alternate SIM cards using eSIMs. So if you’re a keen traveller or an entrepreneur, this will benefit you greatly.

Unfortunately for us Brits, Brexit has caused network providers such as EE and O2 to bring back EU roaming charges. It’s expected that many other providers will quickly follow suit. If you’re planning a vacation to somewhere that your current network provider charges extortionate mobile usage fees for, the most sensible solution would be to buy a temporary plan and use that while you travel. The problem with this is that you have to wait around for your physical SIM card to come. If you’re waiting to buy one at your destination, you risk having no mobile until you find a store. With eSIMs, you can switch carriers easily. There’s no messing around with physical SIM cards and no waiting! You simply purchase a mobile data plan through an app and use a QR code to activate it on your phone.

For those that need to have two SIM packages available at all times, eSIMs offer dual-SIM support. You can choose to use multiple eSIMs on one phone or use one eSIM along with one physical SIM card. Using both an eSIM chip and SIM card lets you receive calls and texts for both packages all on one phone – and you don’t have to switch between packages. Of course, you’ll have two phone numbers, too. If you decide to use multiple eSIM plans instead, you’ll only be able to use these one at a time. Switching between packages can be quickly done through your phone settings, and you can store up to five virtual SIM cards on one eSIM at a time. An added benefit is that you can also switch easily between networks if you find yourself in an area without a signal! 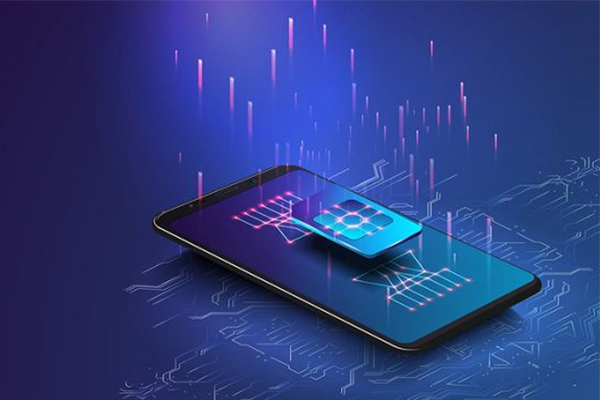 3.4 Billion eSIM-Powered Devices Are Predicted By 2025

In 2021, Juniper Research recorded that the number of eSIM-powered devices was 1.2 billion. This figure could grow by 180% in the next four years, leading to 3.4 billion devices by 2025. Major operating systems such as Google’s Android, Apple’s iOS, and Windows 10 already support eSIM technology so far. The first phone to debut built-in eSIM technology was the Google Pixel 2, offering dual SIM support. After that, Apple and Samsung then added eSIM technology to the iPhone XS and Galaxy S20. Although many companies are still opting for dual SIM support until the public accepts eSIM technology, one brand is ahead of the game. Motorola released their 2020 Razr mobile phone, the first-ever eSIM-only mobile device to launch – this means that the Razr has no SIM card tray and will only use the built-in eSIM. However, eSIMs aren’t just for mobiles. Other devices and smart gadgets such as tablets and smartwatches are joining the queue for eSIM enabling. Currently, Apple has enabled eSIM use on their latest iPhones (X and upwards), along with the Series 4 and above Apple Watch and iPad Pro. In addition, Huawei has also adopted the eSIM format for some of its models, with the Huawei P40 and Watch 2. With MWC starting shortly, we might even see some new eSIM technologies very soon!

Embedded SIM Cards Aren’t Permanent, But You Can’t Remove Them

As you already know, eSIMs are chips that come already embedded into your device, so you can’t remove them. However, this doesn’t mean you’ll be stuck with your current network plan forever. Tech experts didn’t just make eSIMs to ease the switching of network packages. eSIMs also remove some risks that physical SIM cards pose. But while there are positives to this new technology, there are also some potential downsides.

Being unable to remove your SIM card can cause issues if you suddenly damage your phone. You won’t be able to transfer the SIM card to a new phone as simply. If you break your phone and need to use another mobile, you’ll have to speak to your eSIM provider. Your network provider will be able to set up your new phone with your original eSIM package. Any data you want to keep needs to be stored on the cloud or a separate backup, too. If you’re concerned about someone potentially tracking your movements, eSIMs probably aren’t your ideal choice either. 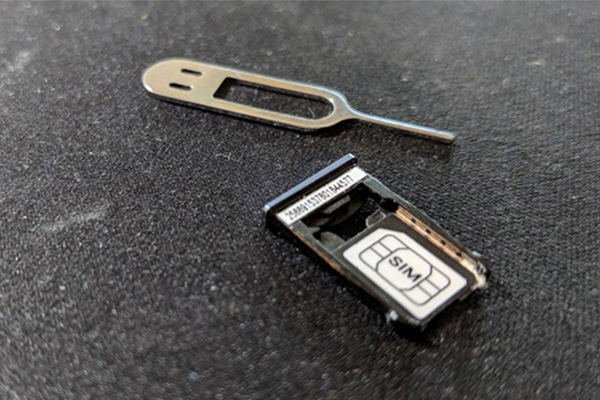 Over the years, SIM cards have shrunk in size, and now it can be pretty challenging to swap them seamlessly. eSIMs eliminate the risk of dropping or even losing your SIM card. Unfortunately, most phones now also require SIM ejector tools, which can be a pain to hunt down. If you’re using an eSIM, a quick phone call, scan of a QR code, or installing a carrier’s app can activate your eSIM! The main idea behind eSIMs is to remove the need for physical SIM cards and trays eventually. Removing a physical SIM has many benefits – it makes more room for manufacturers, gives phones a better seal from water, and it’s more environmentally friendly!

Compared to even the smallest of SIM cards, eSIMs are tiny. So swapping physical SIMs for embedded ones would dramatically increase space. Manufacturers could use this extra space to add more features to handsets. The removal of SIM trays also means fewer holes in your devices. With fewer holes, your device will have more protection from dust and water! And, of course, with fewer plastic SIM cards being made, we’ll be doing our bit for the environment! Since you can’t remove your eSIM, it’s also helpful if your phone is ever stolen.

Usually, the first thing a thief will do after snatching a phone is remove the SIM card. But, you can’t do that with eSIMs – which means you can track down your phone! Even if your phone is wiped or restored back to its factory settings, your eSIM is still stored, which means there really is no way around it – unless the thief can get into your settings and deactivate your phone, but most of us have passcodes to stop this!

Would you make the switch to eSIM? Tell us what you think about eSIM technology over on Twitter! 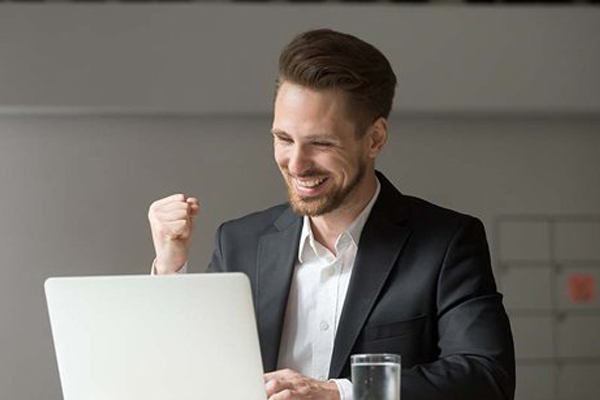 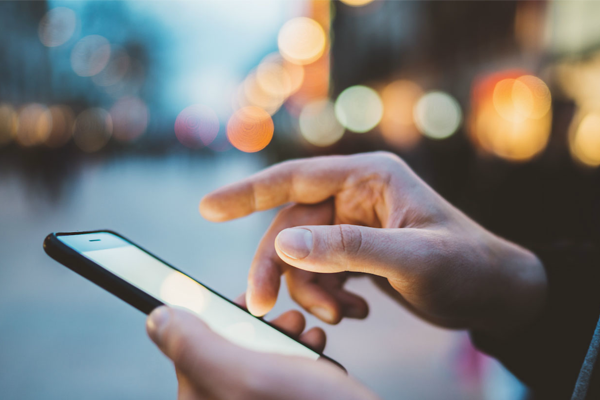 Why eSIM Technology Is The Best Solution For Travellers Travel, whether it be for business or leisure, has always been a well-loved part of life.… 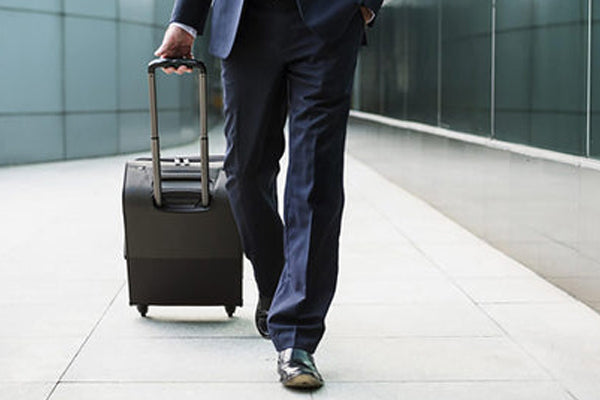 International Business: Can My Business Expand Overseas Without Travel? Most businesses dream of going international, especially if you’ve outlasted the current pandemic. As travel restrictions…

The Truth Behind eSIM Technology: 4 Facts You Need To Know